I’ve been visiting the Glenwood in Eugene for years and years, though the one I most often visited is the one near the University of Oregon.  I fondly remember waiting for a table at The Glenwood on Sundays – cause there was always a line (yeah, it’s that good!).  This second location for Glenwood is on Willamette street and actually closer to where I lived during high school.

There’s a nice big sign advertising Glenwood and it should be pretty easy to spot from the street.   It also has a large parking lot where (on the day I visited) there were several available spots (though when we left it was completely full) – good timing on that one!  I was very grateful to be driving he Bronco this weekend – I wasn’t sure at first it would be a good idea, but with Nic, B, myself and Nic’s pup I was worried the 300 wouldn’t be enough – the bronco was perfect though – as it usually is.  My only complaint would be that it was way too hot that weekend and I ended up having to drive with the windows down and consequently got a nice (awful) sunburn on my left side – consequence of being the designated driver I guess. 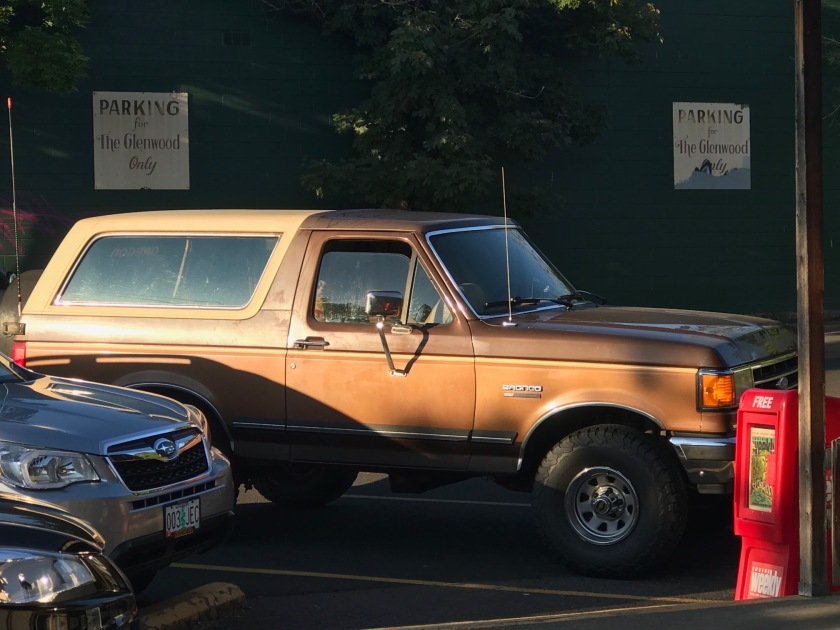 Like I said we got there early enough to not have to wait, so were immediately shown to a table. The seating and spots where folks dine are all super comfy and all match the rest off the decor perfectly.  There is a line of booths running through the center of the customer area that increase the available seating and also look quite nice.  One thing to point out would be the slats behind all of the seating areas – creating a feeling of privacy between customers sitting at different tables – I didn’t think it would make a difference, but does it ever! 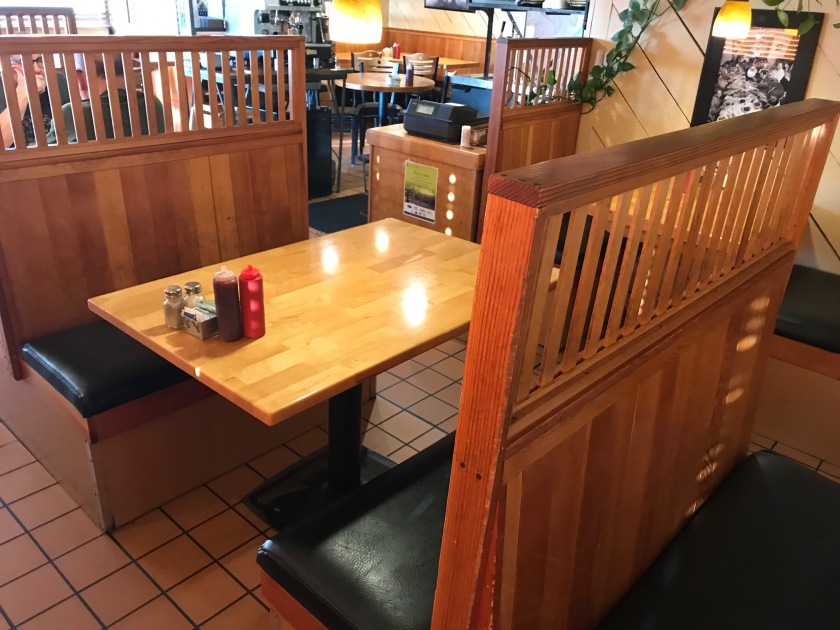 Our spot ended up being near the window – I felt much better about that because I could keep an eye on the pup in the truck.  It was still super early – around 7am on a Saturday, so the heat wasn’t an issue, but I still wanted to keep an eye on her, she’s a smaller thing and I left the windows most of the way down.  I didn’t have anything to worry about though she fell asleep as soon as we went inside.  We had a nice corner table without too many other folks around (to begin with) where we could chat about the day’s activities – there were too many initially to even think about, but on the list was Wildlife Safari, Rochester and Cavitt Creek Bridges and Toxic Wings and Fries to finish it up.

From our spot I could admire more of the decor in the Glenwood – I really like the combination of the light wood – which was everywhere and the plants, which were all indoor Philodendron (as far as I can tell).  There are really nice plants scattered throughout the Glenwood – it’s simple but effective decor and I really love it. 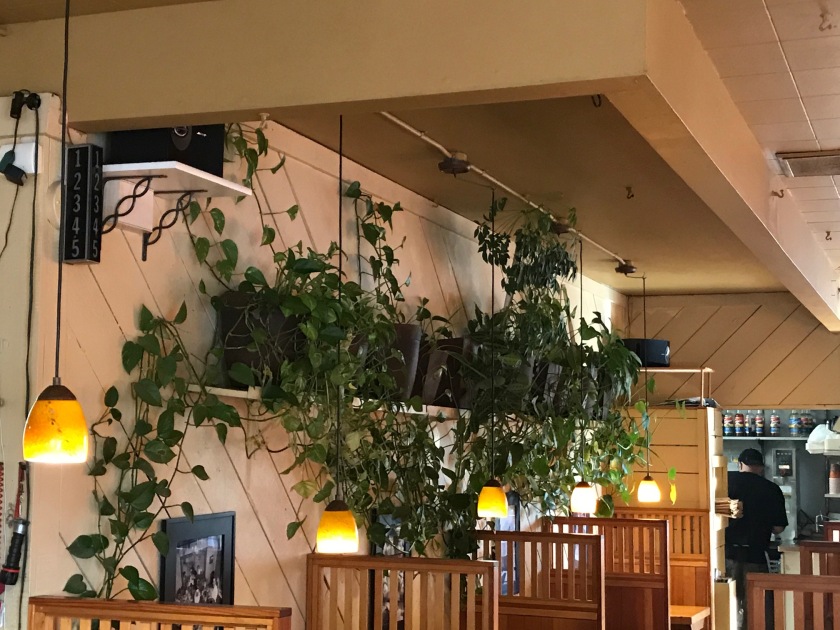 There are plenty of nice seating spots – all that have some measure of perceived privacy due to the higher backs between the booths and seating spots.  The corners in particular have an extra bit of space and looked very comfortable. 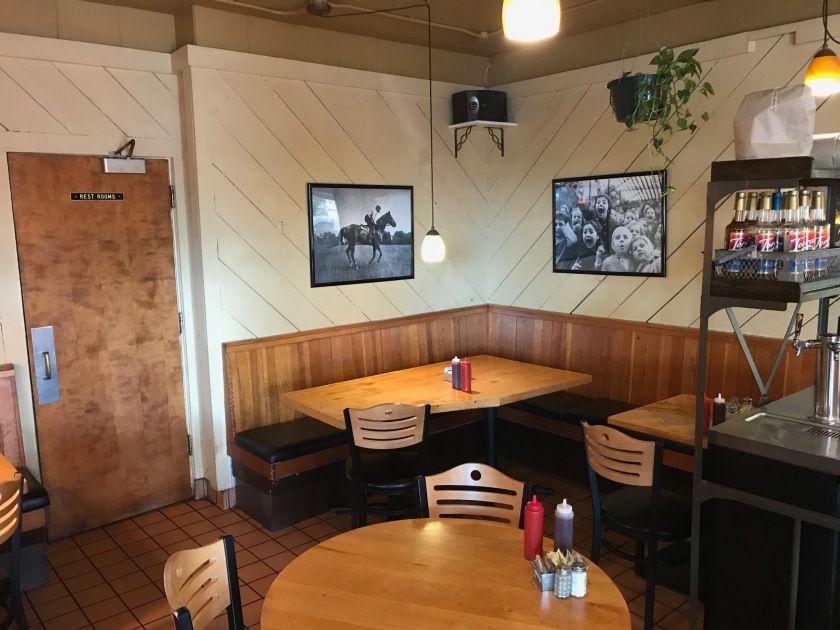 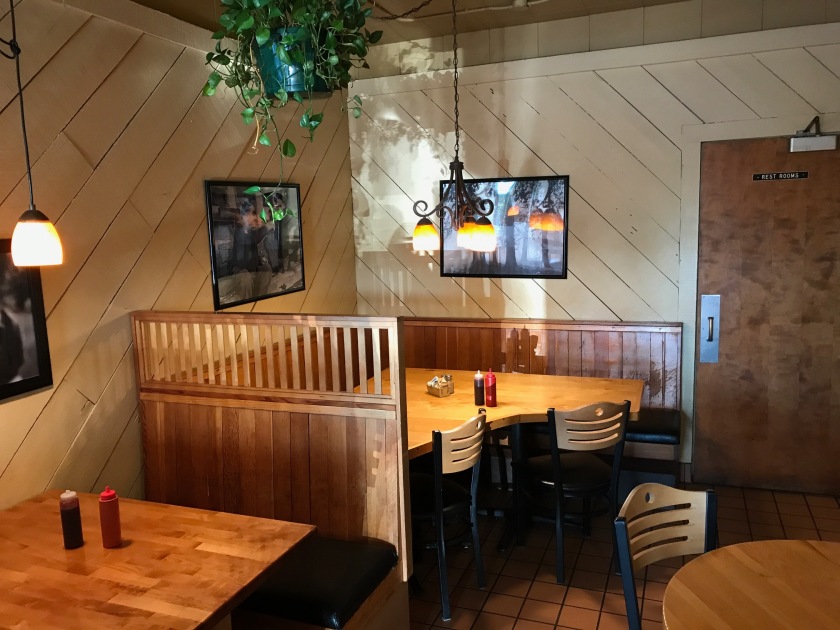 Once seated we all got a better chance to a take a look at the menu.  I know this will shock you all – but I was trying to diversity and didn’t choose the Chicken Fried Steak – I know – who is writing this?  Say it ain’t so!!!  Well, yeah, I thought I needed to try something else and there was a plethora of different options at The Glenwood.

Well, I was feeling adventurous so I thought I’d try the Fettuccine Carbonara – I’ve never heard of combining any kind of spaghetti (or fettuccine) and eggs but it sounded interesting so I thought I’d give that one a chance!  Nic and B chose other amazing sounding items and we talked more about plans for the day. 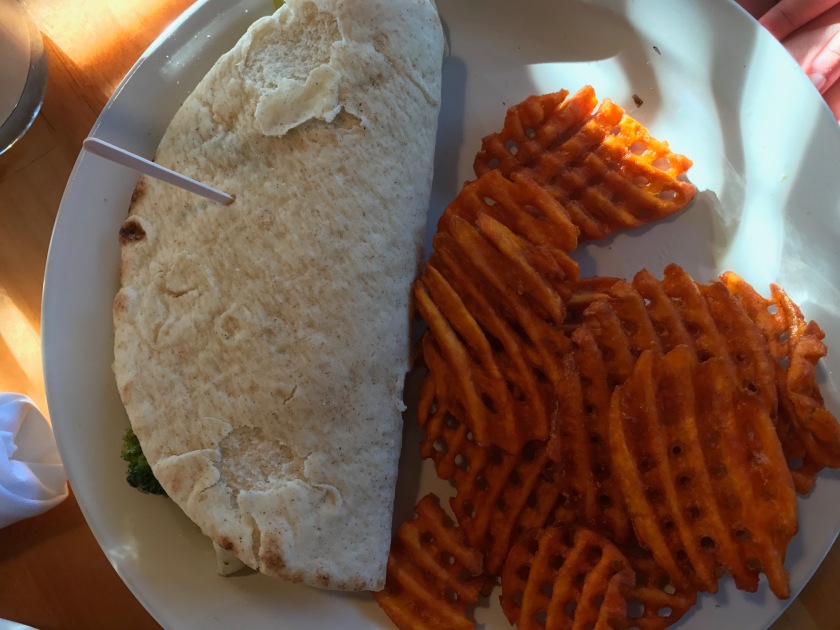 The food arrived pretty quickly and I realized I’d definitely chosen well.  The Fettuccine Carbonara looked as good as it sounded and tasted even better!!  The home fries – which I’d asked to have cheese to put on because – hey, cheese! were super good – just as I remembered from those Sundays so long ago.  The Fettuniccine was also super good and again, I was very happy with my choice.  Nic got the breakfast burrito and sweet potato waffle fries, which were reported to me as being absolutely delicious – she recommended everyone give those fries a chance.

I can definitely recommend the Glenwood – I’m not sure if there are long crowds or lines anymore, but to be honest I always loved those days, waiting for a little while just made the experience that much better.  Talking with family – those were pleasant days.  These days there are many things I really liked about The Glenwood on Willamette street – the decor was great, large parking lot, and fantastic food.  Definitely recommended and very worthy of the four and a half Heywillamettes I’ll give it.