Since I know everyone will want to know and I’ve alluded to it in many of the articles I suppose it’s time I talked about the Bronco.  It’s not really the time to go into the history – suffice to say that it’s got some rather sad personal connections to me.

I’ve had it for around 5 years now and we’ve been through quite a bit.  Until lately when my mechanical expertise (read that guessing) was exhausted I performed most of the work on it.  When I got it:

None of the windows rolled down.

The drivers side disc brake had an actual crack in it.  Still I took a picture when I first got it then got it all shined up and I admitted – it looked pretty fantastic.  It had 47,000 original miles when I got it.  I was told an older person owned it and drive it to church and groceries once a week – that seems reasonable to me!!  It also looks great with the top off!!

Most of the issues with the bronco turned out to be rather easy to address.  Turns out it is easy to remove the window motors from the doors then take them apart then use some metal nuts stacked to replace the 20+ year old plastic parts that were shredded.  Add some grease and they have worked perfectly since!!

The electric door locks still don’t work, but I just disconnected the passenger side actuator (which is the one that was being difficult) and now they are just regular door locks that must be used like normal door locks.  The tailgate took some effort and the solution turned out to be having to pry it out and greasing everything then installing new striker bushings.  the good thing is that the Bronco is a similar model to the Ford F-150 which is incredibly common and has basically the same parts from 1980 – 1996 for the most part.  So the parts are super cheap and fairly common.  The last part which wasn’t as cheap nor as easy but my buddy J helped me with was a complete replacement of the front brakes.  It took a little effort, but half a day and the bronco could actually stop using the real brakes and not the e-brake. 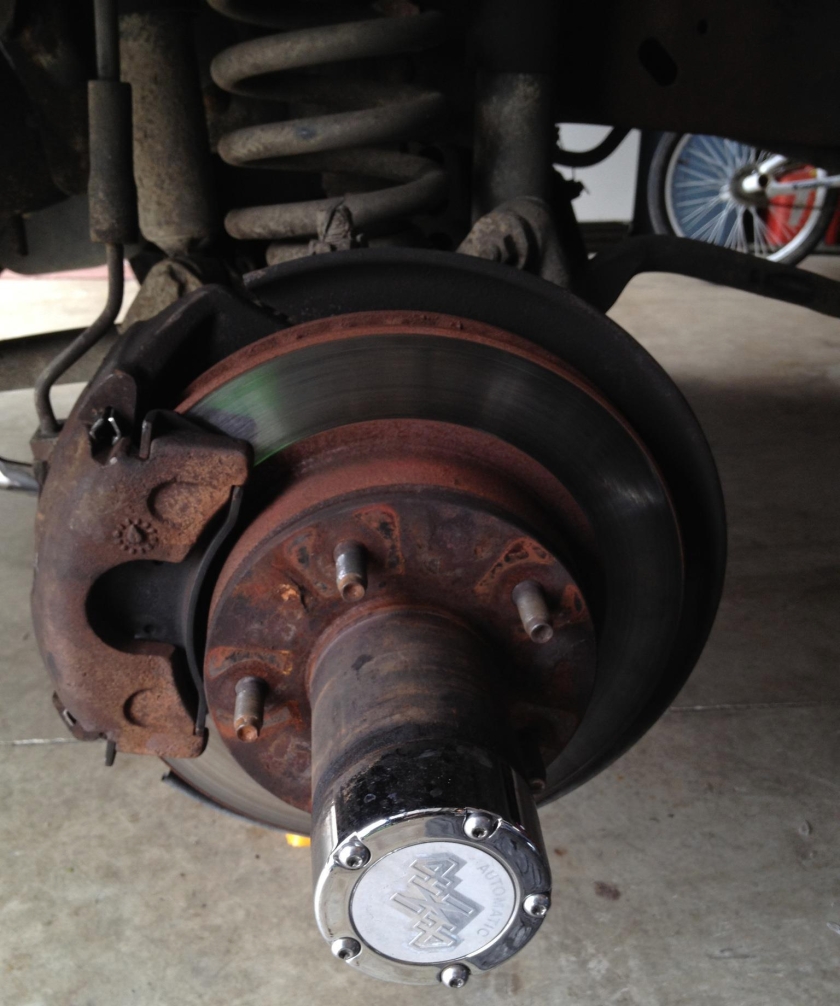 Unfortunately as happens once the problems it had to begin with were addressed others cropped up.  Like the drivers seat failed. 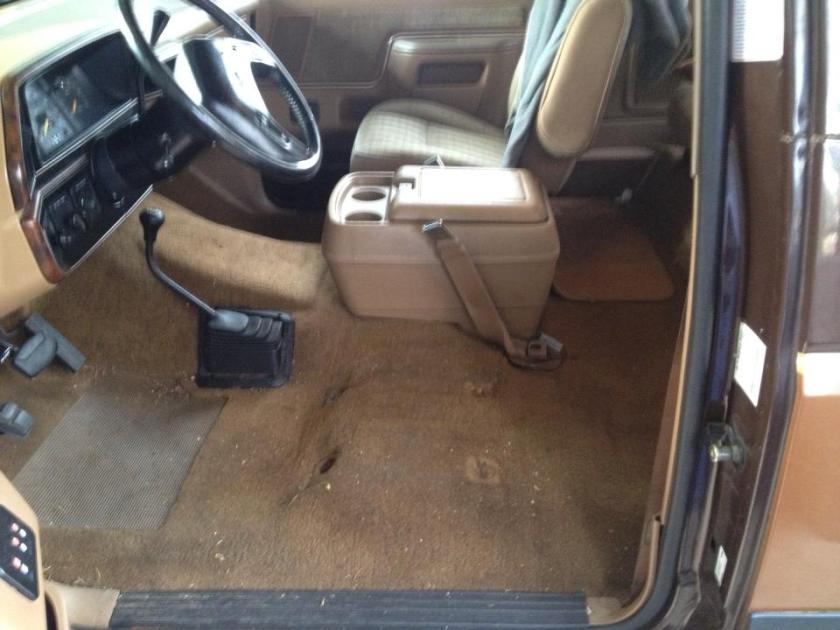 If your transmission isn’t being held up with a rickety stack of concrete blocks, wood blocks, and a car jack you found in the garage behind an old fridge you’re putting too much work into that repair job.

I also upgraded the auto hubs that it came with to Warn Premium hubs and larger 33″ tires.  My plans are to be able to camp out of it and be able to use it as a four wheel drive exploration vehicle.

It’s been (as you may have read) a little temperamental lately so, I’m thinking about ordering a new (larger amperage) alternator and an Optima battery.  The other issue seems to be that the transmission sometimes doesn’t realize it’s in park and it refuses to start – when that happens I need to rock it back and forth to get it to start.

Oh yeah, it also has a push-button start.

So, at the end of the day, I love it, it’s much more comfortable than the other car (the 300) and much more utilitarian.  So what if the AC doesn’t work, the serpentine belt squeaks, the rear window sometimes doesn’t roll down, the steering is a little sloppy.  I still love it.

I’ve added a DVD player radio (because why not!) and done some other things to it, namely ordered a loud horn for it and ordered a spotlight system for the roof – though not one of those ugly led bars I see everyone has these days – mine looks old-school like some of the trucks from the 70s and 80s.

Anyhow, now you know why I keep the thing around.  I’ll try to let you know more and maybe I’ll even put some pictures here if I do anything interesting to it in the near future.  The bronco has seen me through some great times and I am grateful to be it’s current caretaker. 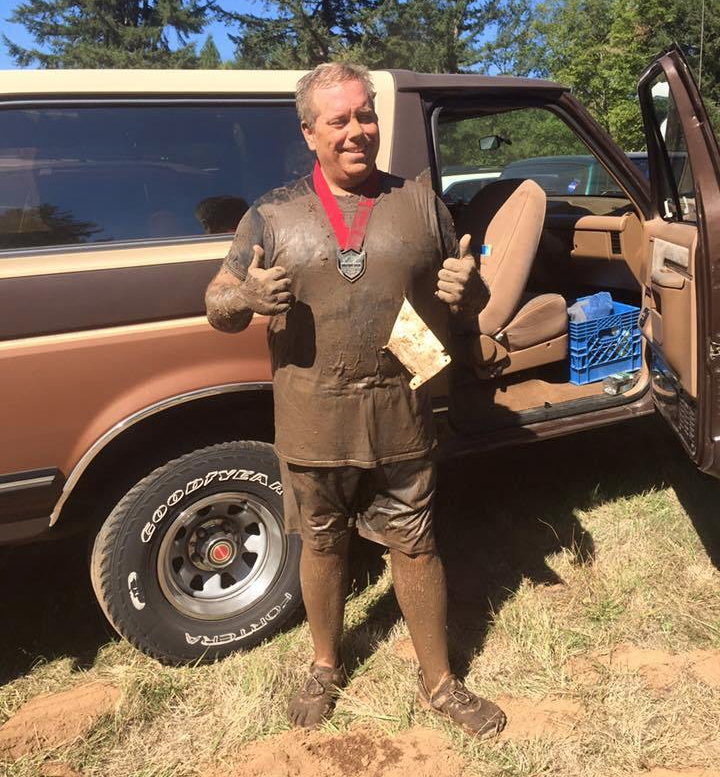