Bridge Over Troubled Waters Tuesday – week five.  I visited Centennial Bridge while touring through Cottage Grove visiting covered bridges.  It was the first one Nic and I ended up visiting on the route I’d planned.  It’s located in downtown Cottage Grove and is pretty easy to find.

I was surprised to learn that it was only built in nineteen eighty-seven.  I suppose that makes sense when I considered the name, it was built to commemorate the one hundredth anniversary of the founding of Cottage Grove – I thought that was very cool and says quite a bit about city pride there to me.

When we arrived we parked in front of (or course) the covered bridge restaurant.  I found myself very mournful that it was closed when we arrived it would have made for a great story to have visited the bridge and got breakfast (or at least a snack) at the same time!  We walked across the street and made our way to a small park that was on the east side of the bridge.  It was pretty nice and had paths going through the bridge and north along the river.  The lawns were very well manicured and so was all of the greenery.  All in all Nic and my impression was just fantastic.  The other thing I noticed was a large tree that almost looked like a seat where the path turns to the north.  The trees area all beautifully manicured and I found myself very grateful for the opportunity to visit this park and covered bridge. 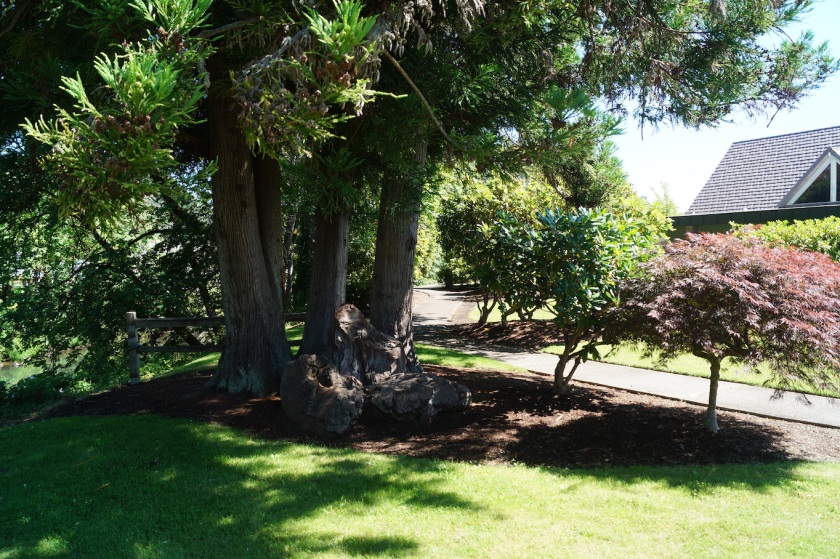 Nic and I made our way to the bridge along the path to the left.  The view of the bridge was from the end of the path was impressive, however it was immediately obvious that it was never designed to accommodate cars.  There were quite a few very nice portals out the sides of the bridge that I imagine would be nice views of the river. 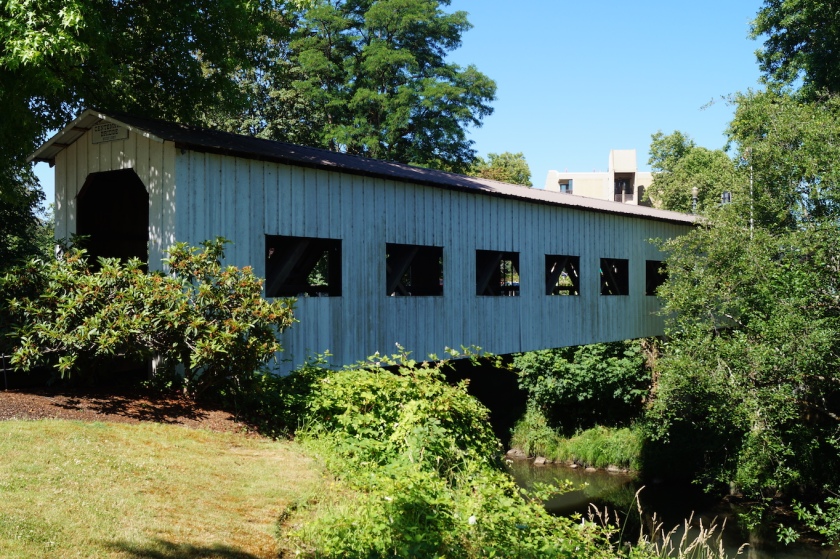 At that point I was pretty sure (as I hadn’t yet read the “built-by” date or the bronze plaque yet) the bridge was a fairly recent build or at least not as old as some of the others I had seen recently.  Then I saw the bronze plaque commemorating the construction of the bridge and it made sense.

Nic (being observant as usual) also noticed a small concrete block on the opposite side across from the bronze plaque.  It turns out that it is a one hundred year time capsule put there when the bridge was built in nineteen eighty-seven.  So, it’s scheduled to be recovered in two thousand eighty-seven.  I always love the idea of time capsules.  I was already a teenager in nineteen eighty-seven so it seems doubtful that I’ll see the time capsule opened, but I always like to imagine how things will be when they get opened. 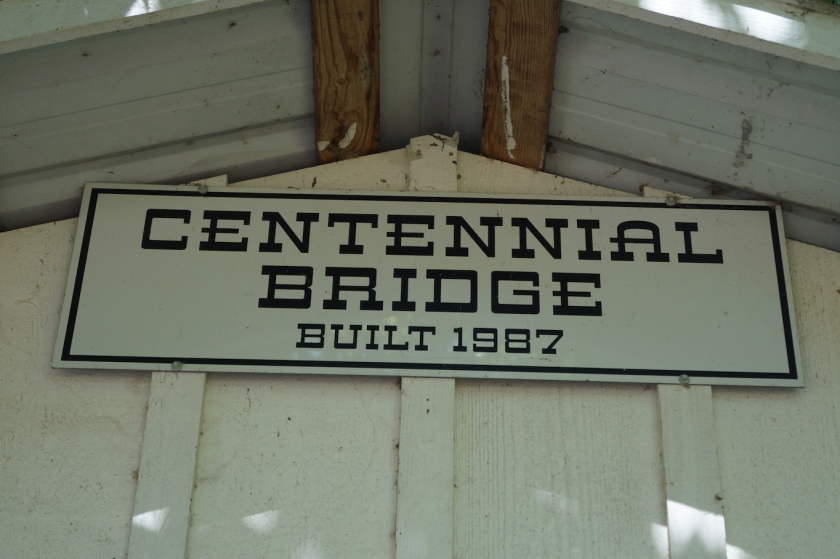 We made our way through the bridge and it did turn out to be made of very old timbers – at least they seemed like old timbers, so what the plaque said seems to make sense. The construction technique seems similar to many of the other bridges I’ve visited even if somewhat abbreviated due to being a foot bridge and not suitable for automobile traffic.  One thing I found kind of cool were the residents of the bridge who were curious of the visitors walking through their home.  The residents did have a habit of using the restroom on the floor of the bridge, so there were some droppings there, however there wasn’t any kind of smell and it wasn’t too bad.

I got all the way to the end and there was a much smaller park area that was surrounded by streets, not quite as nice as the other area but the view back through the bridge was nice and along the side was more windows looking toward the modern automobile bridge. 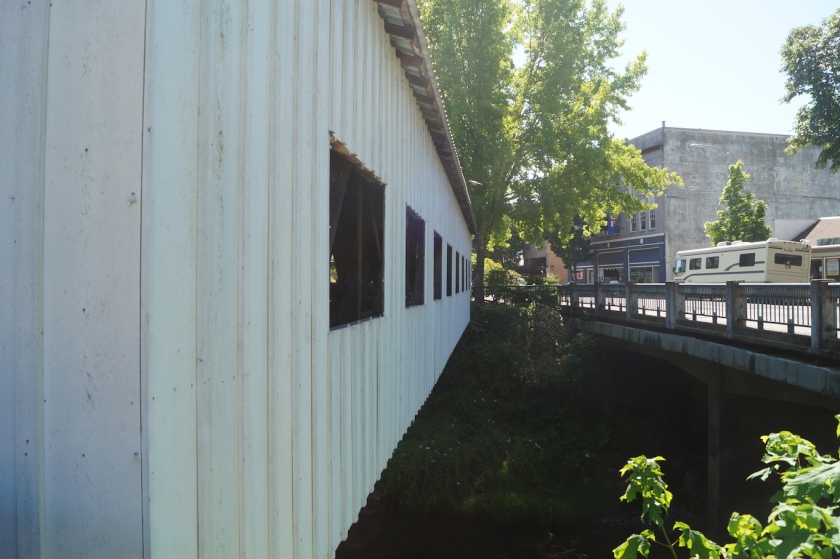 Overall the Centennial Bridge in Cottage Grove deserves four and a half stars due to its wonderful little park, the fascinating time capsule nearby and the ingenious construction using vintage timber of this footpath/covered bridge.  I was extremely grateful to have visited it and I’m sure if you get an opportunity to visit Cottage Grove and Centennial bridge (and even one of the Manu restaurants right nearby!!) you’ll have a wonderful time!