Bridge Over Troubled Waters Tuesdays Week Two.  This is another bridge I’ve visited before – the added bonus with this one is that it can be driven through.  There is some good signage on the way so it’s not too difficult to find.  If you’re planning a trip to view a couple of the covered bridges an ideal way to spend an afternoon is to visit the Ritner Creek Bridge then this one.

There is a section of gravel road toward where the bridge is so be aware of that.  As you approach the bridge there is a nice exhibit on the right that has a large cross section of a tree that broke off some time ago – it’s a fascinating exhibit and the section that broke off was about fifty feet off the ground and had almost three hundred growth rings on it making the tree was almost three hundred years old.  On the log are also spots where specific events have happened – like the declaration of independence, the assassination of Abraham Lincoln, and Charles Lindberg’s solo flight across the Atlantic – events that seem shrouded in the mists of the past but ones that this tree survived.  The main tree is still growing and is part of the property that is owned by the family in the area. 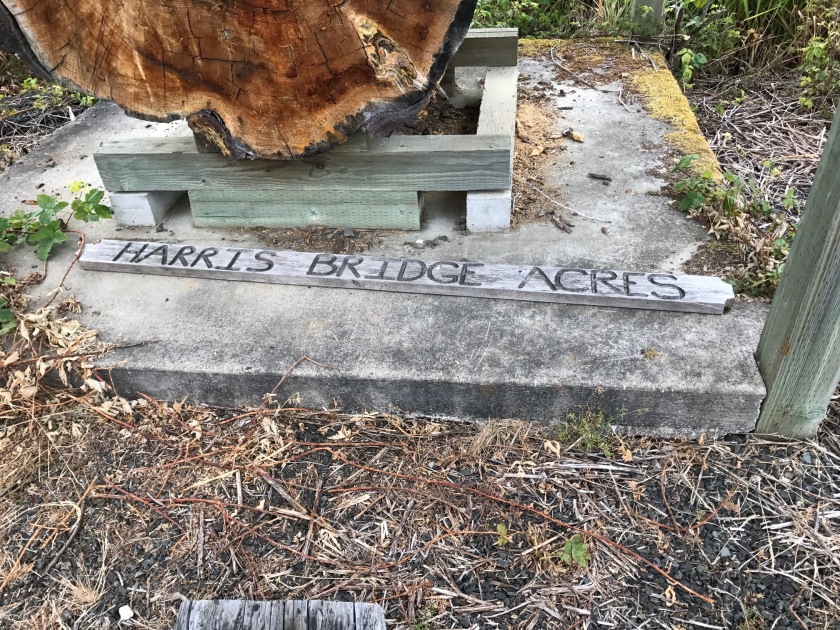 The best way to see the bridge in my opinion is to park at the log display and walk to the bridge, but keep in mind that this bridge is still used by cars and they drive through the bridge, so be extremely careful when crossing the bridge and be very wary of cars.  I walked toward the bridge and passed the vineyard which is actually the closest parking spot to the bridge but didn’t want to take up one of their spots, as I wasn’t planning on visiting them. 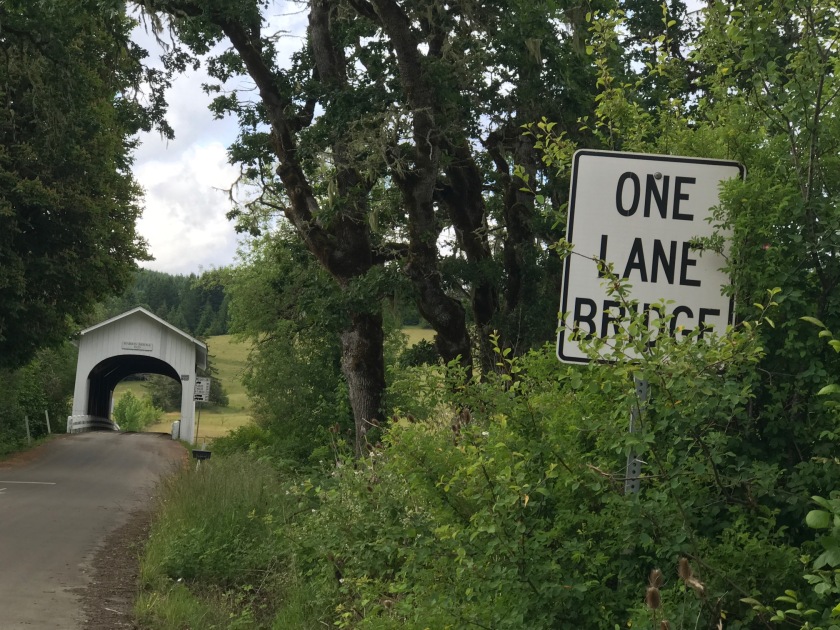 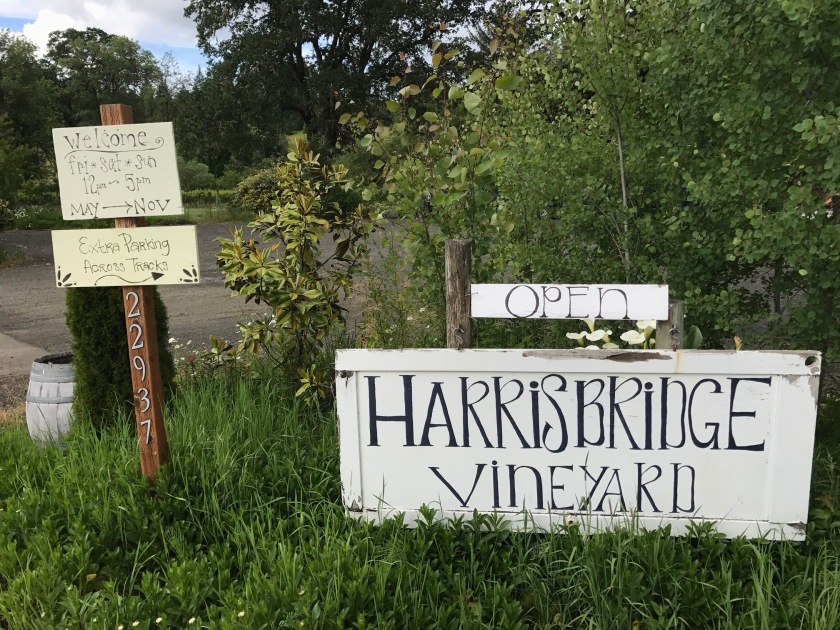 As I walked toward the bridge I noticed the river rocks that were incorporated into the concrete decking that led up to the bridge.  The rocks definitely added some ornate features to the bridge.  The bridge was built in 1929 according to the sign posted above the giant opening the cars drive through.  This bridge unlike the Ritner Creek Bridge has an additional layer of decking that is parallel to the direction cars will be traveling that vehicles will be driving where drivers should align their tires. 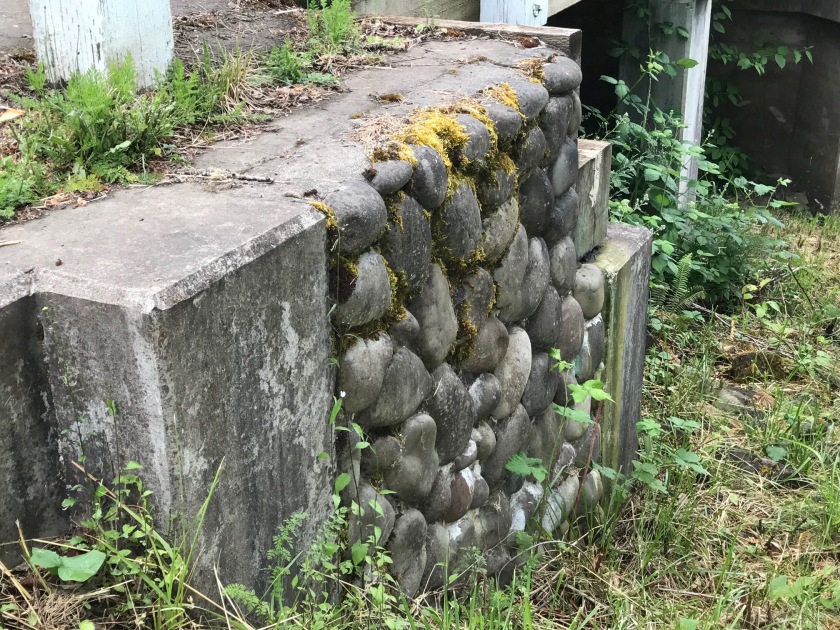 As I proceeded inside I noticed again how intricate the construction is – unlike the Ritner Creek Bridge there weren’t very many windows and the ones that were there were much higher up and rather small, making for a much darker interior.  I walked past the end and got a nice picture from the side – to be able to see the outside of the bridge – like most of them it’s white painted and has a nice roof to keep the wooden interior in good shape.  I did have to dodge a few cars that were making their way along the road, but they were driving pretty slow and I can imaging if they live in the area they have seen folks around taking pictures before. 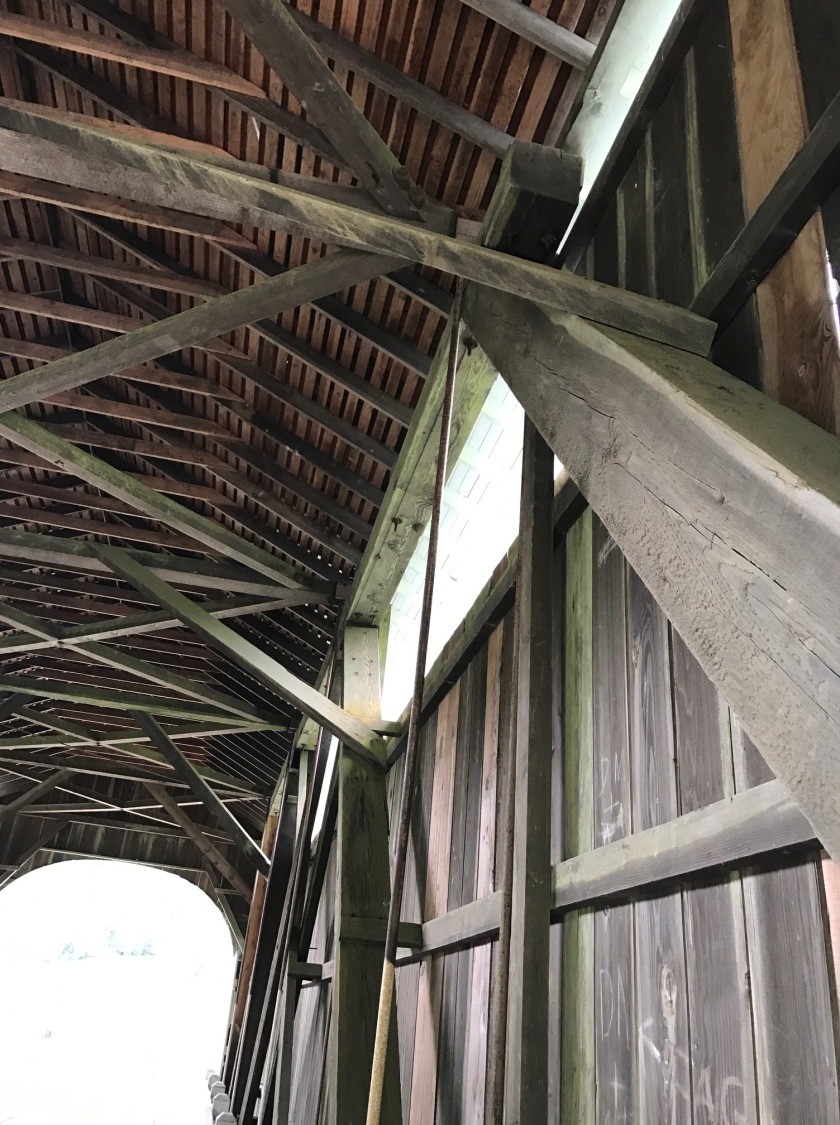 Overall I give the Harris Creek Bridge four and a half HeyWillamettes – it’s a nice bridge and a classic example of a design that is well represented in Oregon and has unfortunately disappeared into the past.  This bridge is still being used and it’s a fantastic experience to drive across it and I recommend everyone try that at least once.  This particular trip I didn’t do that – but I did before in the bronco!  It’s a worthwhile trip to plan to visit several of these.  This one has an additional feature where a visitor can see an almost three hundred year old tree represented in a giant log that broke off from the tree (that is still alive).